As app developers, one of our top priorities should always be to create implementations that match as much as possible the designs. To accomplish this goal, we need to define a standard vocabulary between the design team and us. Designers are, more and more, integrating design systems as part of their work, and we can benefit from that to build common ground. Here we define the minimum standard requirements to keep consistency and the usual forgotten pieces of app design. Independently of the size of your team, there is already a set of best practices applied by your designer that you can benefit, and others you will need anyway at some point while developing the app itself.

These are the basic styles that will serve as the foundation of all the other part of the design. The style guide will be helpful to avoid the mistake of not using the proper element as part of the application UI. Regardless if you follow material design, fluent design or any other design system, these style elements will facilitate tasks such as design adjustment and rebranding.

A list of all the color used in the app with their name associated. Tools exists native or custom for in iOS and Android to transform color palettes and become part of your code.

A list of all the fonts and sizes used in the app. When possible, a complete style guide should also include colors and formatting(bold, italic, alignment) of each font.

Base templates of every screen should be based o most commonly used devices that respect ratio and size. And a general rule for padding or margin that you can apply to most, if not all, of the app screens, include general rules when spacing values are constant (e.g., 8dp) or if elements have to be centered or positioned relative to other views. 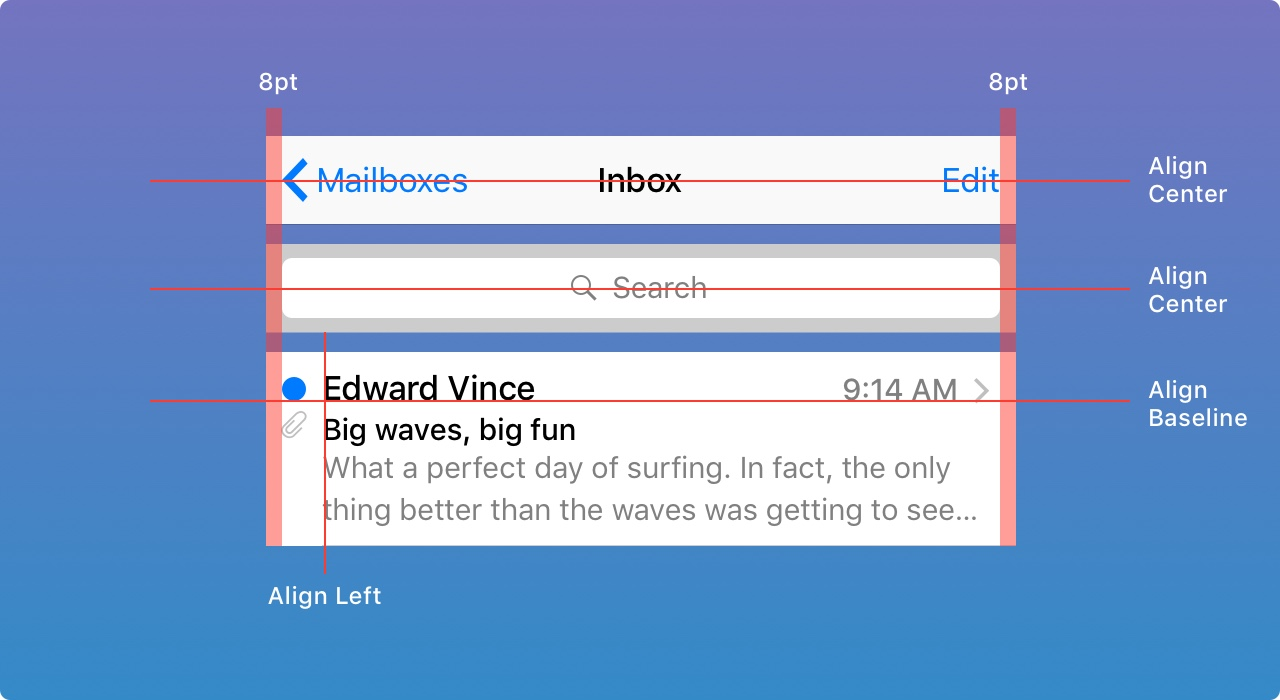 Interface elements and layouts can be configured to automatically change shape and size on different devices, during multitasking on a tablet, in split view, when the screen is rotated, and more. You will find various strategy depending on the platform as device size classes in iOS and responsive UI in Android.

Different design systems will have different naming for it, in atomic design you will call this Atoms, in others, it’s just called pattern library, or components. All these building blocks should be based on the style guide and will be used to build more complex elements of user interface like pages and screens.

Commons components you can find in most applications are:

Views can contain animations they are generally under two categories, animated views or animated assets.

Animated views allow in general the following change of properties as animation point:

Animated assets are used for custom loaders, visual description of first use or empty case. They are defined with a motion graphic tool like Adobe After Effects and integrated into the app with a framework like Lottie.

There are mainly two ways to navigate from one screen to another: 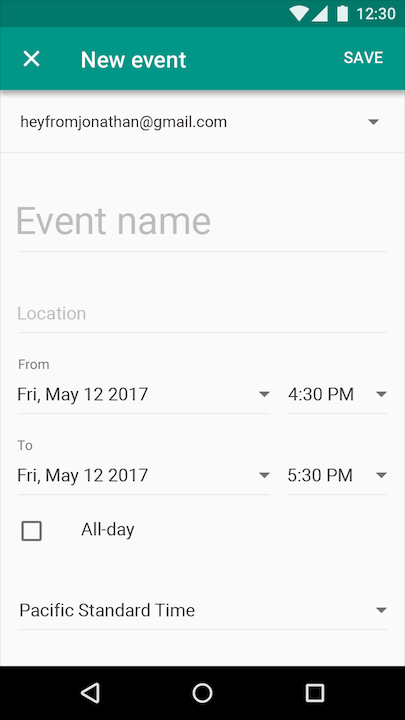 An essential step while design and estimating how complicated a screen is, is to define its empty states.

Explain to the user functionality of the app, generally shown the first time that user uses the app, or it can appear until the user makes the first interaction that generates content.

Shown to the user when he clears the content of the screen.

Indicate to the user that the App wasn’t able to load the content of the page.

While reviewing the UI, let the UX and Product Owner know which interactions with users will load content or perform lengthy data processing operations. Use loading indicators and progress bars to allow the user know your app isn’t stalled and to give them an estimate of how long they’ll be waiting.

A general guideline is to show a loader:

All assets of all screens should be provided, through a tool, shared folder or repository. Ensure that you have all the densities corresponding to the platforms that you are developing.

Design should provide examples that include user-generated content, that content can come from direct user input or content generated by backend API based on the user’s information.

This guideline does not come with a recommendation of tooling, the ones that we tested and used in projects until now are: